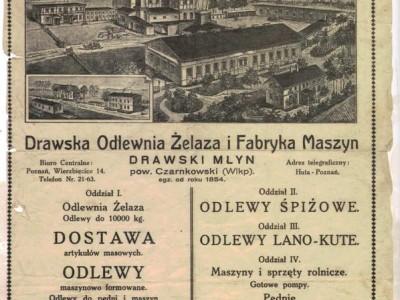 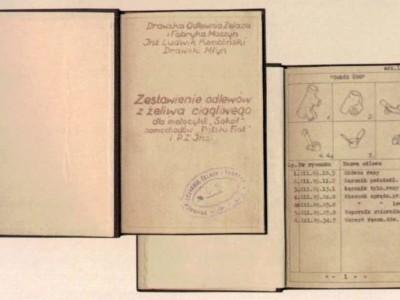 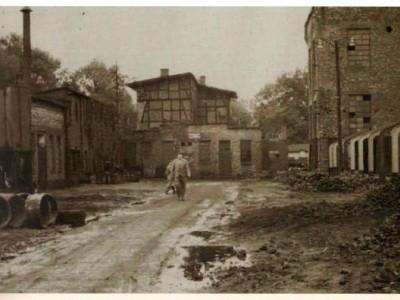 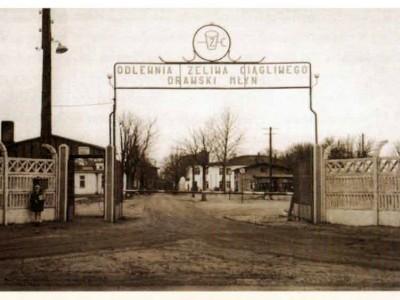 According to oral tradition, iron was smelted in the local area long before the foundry was established. Therefore, foundry is not only a tradition of the local population, but also a kind of heritage passed down in families from generation to generation.

Ferdynand Sattler arrives in the area of ​​today's Drawski Młyn. He takes over the existing steelworks and names it "Odlewnia Żelaza i Fabryka Maszyn" ( Iron Foundry and Machine Factory ), which is called "Sattler's Steelworks" for short. This is how the story of the Foundry in Drawski Młyn begins.
1893 – 1914

The foundry is owned by subsequent owners. During this time, the production increases and the range of manufactured equipment is expanding, which included all the necessary equipment for a farm. Only grey cast iron was used for production.

The first years of the post-war period were a time of failure and difficult financial situation both in the country and in the Foundry. The new owners come to the rescue: Eng. Ludwik Kembliński and attorney Kazimierz Czapski.
Since then, the company has been called "Drawska Lejarnia Żelaza i Fabryka Maszyn L. Kembliński i S-ka." Their control causes that the situation of the Foundry improves significantly. The owners focus on highly qualified employees and the expansion of the plant.

The production of black malleable cast iron was launched - a new type of cast iron not produced in Poland so far.
In the inter-war period, complex castings for the automotive industry were already produced - for "Polski Fiat" cars and "Sokół" motorcycles.

The times of World War II were another difficult period in the history of the Foundry. Firstly, the factory was closed for a few months, then some of the machines were taken to the Reich. The company's staff had to face difficult working conditions, and the production profile was intended to meet the needs of German companies.

Industry nationalization occurs. The company gets a new name - "Odlewnia Żeliwa Ciągliwego in Drawski Młyn, State-owned Separated Company" and remains a state-owned factory until the end of 1995. Over the next years, the plant is rebuilt and modernized.

As a result of structural changes in the Polish economy, production collapsed rapidly. The market conditions in Poland forced restructuring measures - the implementation of new types of cast iron (at the beginning grey cast iron, and in the following years ductile iron) and opening to new markets, including exports.
→ Explore our product diversity today